Here at 2 Go Games, we make honest reviews of some of the most popular gaming sets available, particularly from Nintendo Switch and their awesome games and accessories that go with it. We enjoy reviewing these video gaming gear because we love playing these wonderful titles available from Nintendo. 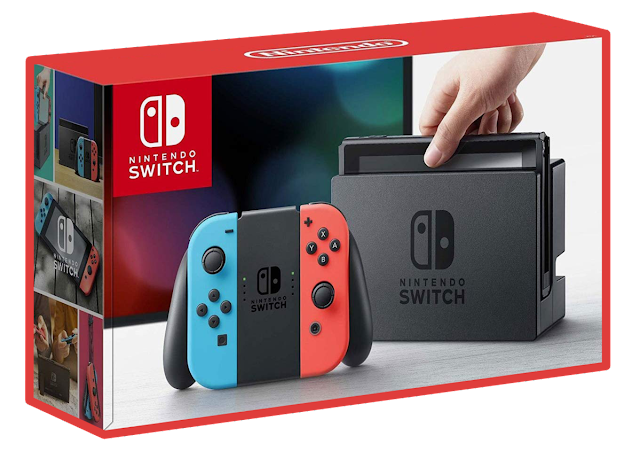 I've only played the Switch in portable mode once, and I have to admit, gaming on the go of this level is as cool as people say it is. Be as it may, I still have my 2DS and as such my Switch will spend most of its lifetime parked in its dock.

We have a full review of the Nintendo Switch right here

The dock is a bit unorthodox but works fine and like the Switch, feels like a quality product. I'm no engineer, but I'm willing to bet Nintendo could have made the plastic walls of the dock thinner to use less material in an attempt to save money, but I'm glad they didn't. I'm a bit concerned that the Switch wobbles about inside the dock, but if it's on a shaky surface then it should probably be moved to a more stable area, eh?

I'm hoping Nintendo starts filling in the Switch's line up with some solid games. I see several are announced but I'm hoping Nintendo doesn't do what they did with some Wii U games: Hype customers up with close release dates then retract the date with a further pushed out date. I have noticed and found out the hard way that while a lot of different games are being released on the Nintendo Switch, they're falling short. 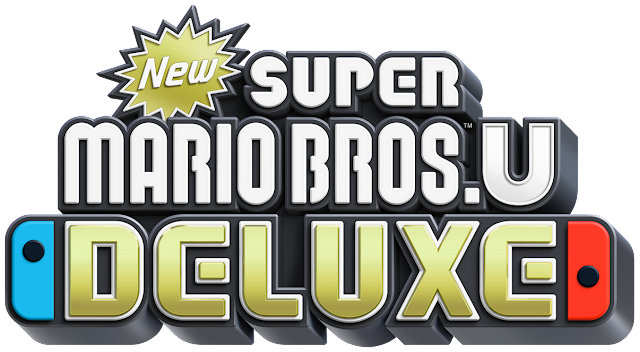 I would first off like to start by saying that I never played the Wii U versions of these games so this is the first time I ever played these Mario games and I am so happy I got this. First off it's a single game yet it's two games combined into one.

Check out the New Super Mario Bros U reviews here

Nintendo struck gold making the switch portable and a home console. I will not elaborate on the differences between the Wii U version and the Switch version as I do not own the Wii U.

The down and dirty about this game. I purchased the original NES back in the day, and Nintendo mastered the horse manure rage quitting the game during my youth to justify the costs of the limitation of 8-bit games. Games like Battletoads and Ninja Gaiden were the authors to rage quitting. Nintendo fixed the frustration of games by adding two new characters; toadette and nabbit. When your skill gets better, you can select the other characters, that were standard with the Wii U edition of this game. We love New Super Mario Bros U.

I will make this simple, this game is just absolutely fun, it's fun to play, nice to look at, and best of all gives you so much content I'm talking about a lot of levels here. If you like Mario games then don't even think twice about getting this and just get it. I definitely don't regret getting it. 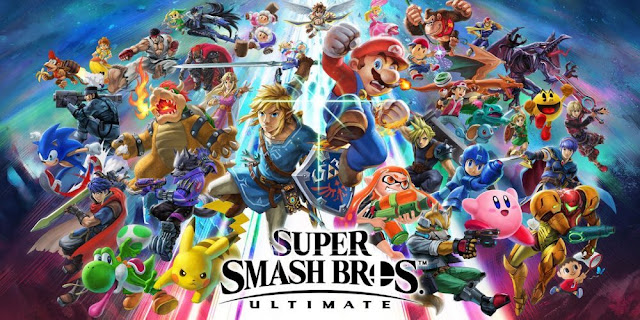 The best aspects of the series have been distilled down to what initially seems almost certainly the best-balanced instalment to date. The action is swift, the characters and stages are seemingly neverending, and the music... 850 songs spanning dozens of franchises from different companies in gaming history.

I was really excited for this game. Normally I don't care too much about games, I buy the ones I think will be fun, and leave it at that. This, however, was very different. I now didn't need to choose which game I wanted to play, because all the characters are available. Of course, there are changes, but I'm a very casual player, so I'm not really affected by them. I also like that now you can play on any map in any form essentially.

A fighting game like this with all 70 characters to choose from make a game so Exciting. But who knows if this is the last Super Smash Bros game? Who knows if another one is on the way? Apparently, there were other fighting games that came about compared to SSMB but they didn't succeed to be better than SSMB.

If this turns out to be the last one I guaranteed that there will be remade if necessary. I still have the SSMB for the 3DS and Wii U but no need for me play them anymore. I couldn't even play the one my Wii U anymore after I had to delete to make room for extra memory. When I tried to reinstall it to play it again an Update was due but I didn't have enough memory so I never able to play it again. I was lucky that I still had on my 3DS. But now this has arrived I'll never get rid of it ever. Then again who knows if this is the last Super Smash Bros game?

This makes it more fun to do a random map without worrying about a place like 'temple' coming up. Unlocking all the characters was such a journey, but well worth it. I do wish I tried out other characters during that time so I can learn their moves, but I was just trying to unlock them first...so I only know like 5 characters, but with all the echo fighters, and other just pretty similar fighters, it shouldn't be much of an issue, and like I said, very casual gamer here. Can't wait for the online to actually start working properly so I can see how bad I actually am. Don't miss Super Smash Bros. Ultimate, try it, you'll like it a lot. 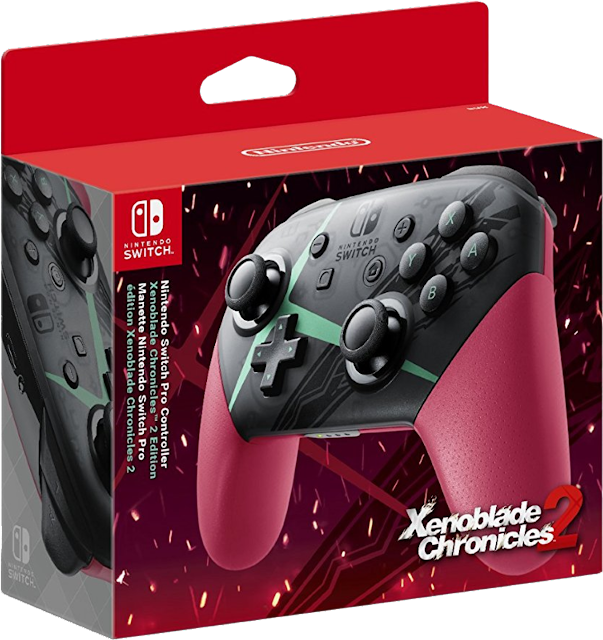 I would 100% recommend anyone that has a switch getting this because the joy-cons are not very durable. I have had my switch for a few months and the joy-cons are already having problems from just regular use (I am not a huge gamer maybe play this a few hours a week). The left joy-con stick is messed up and will keep inputting that I am pressing forward to move character when I have stopped this has caused me to walk off many cliffs in a breath of the wild. Get this and use it anytime you are playing in docked mode cause the joy-cons will just not last.

Not just the triggers but everything about the pro controller is a huge step up from the joy-cons. The buttons are bigger, the analogue sticks give a great grip with your thumbs and the controller feels nice and snug in the hands. The material is much more friendly during longer sessions. That was another gripe I had with the joy-cons; after a period of time, the sticks and triggers would be slippery. I managed it by having a cloth nearby to give it a nice wipe occasionally. Not the case with the pro controller, there is much more friction to it. You must see our Nintendo Switch Pro Controller Review for more info.

The controller is set just like a pair of Joy Cons so no trying to remember a new pattern. It fits very comfortable in my hands and my husband's hands. Similar in design as the Xbox and PlayStation control (see photos for comparison) It has a more rounded feel opposed to the Joy Cons. It feels durable and the battery lasts...I played for two days, all day, while my foot was in a cast and it didn't die on me.

So far I have played with it on BOTW, Mario Cart 8 and Fortnite. It is not compatible with Let's go Eevee, but there is the Pokeball plus for that. So overall I am very pleased with my purchase and I will probably get a second controller while it is still on sale. When using the Nintendo Switch Pro Controller you wi notice a big difference.

It's a must-have accessory for me and I give it a 5 star because I think it's a fantastic controller and fixes every issue I had with the joy-cons. I suppose if there is one thing I would change about it that would have to be the placement of the right analogue stick. Personally, I'd like it above the buttons so the two sticks would be symmetrical but I don't think it merits deducting a star.
on June 06, 2019