If you know the history of how PlayStation came to be, you will realize how much the SWITCH proves that SONY has lost sight of the gaming market.

When Call of Duty "flopped" on the PS Vita, SONY pretty much began to abandon the device and it slowly opened up to being only a platform for indie games and is going towards a downloads only direction. They tried to push it as an accessory for the PS4, but the lack of physical L2 and R2 makes streaming to the Vita a poorly implemented gimmick. Owners of Vita consoles started feeling wronged as the memory cards are proprietary and cost several times more than MicroSD cards of the same GB capacity and are only available up to 32GB in the US or a 64GB import from Japan -which is troubling when the cards are known to fail due to the security measures with the Vita to validate authenticity in the sake of anti-piracy.

Needless to say, the PS Vita group has a list of complaints regarding SONY's handling of the PS Vita.

It is not clearly obvious in the marketing of the SWITCH, but a ton of decisions regarding it was from that feedback on the PS Vita.

- MicroSD SDXC vs Proprietary Memory Cards that cost an arm and a leg
- Built-in storage (and not a meagre 4GB, but 32GB!)
- Larger screen size (and still touch screen)
- Multiple Accounts/Users can share one device
- TV Connection Cradle (vs. buying a PS Vita and then a PS TV)
- A robust and expanding list of Indie and download only titles
- Ability to pay for download games via PayPal with EXACT FUNDS REQUIRED vs having lingering credits on the account and having to add $5 to your account funds when making purchases under $5.
- Every purchase nets coins worth a $0.01 towards discounting a future purchase of your choice (compared to no incentives/rewards at all on Vita) 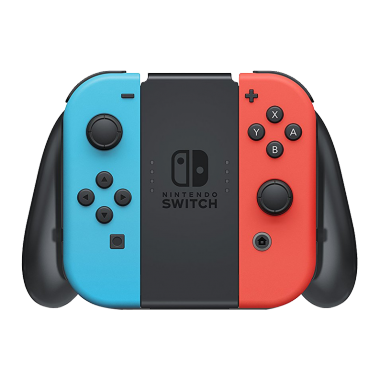 Nintendo has essentially flipped the tables on SONY after ~20 years and offered those who enjoyed the OG PlayStation and PlayStation 2 titles and given them every reason to SWITCH over to their console.

I will keep my PS4 for the titles exclusive to it, or for titles that seem to benefit from beefier graphics and processing power, but for anything arcade-like, indie, and that any titles that I'd be willing to sacrifice graphical fidelity in a gain of portable enjoyment -I'll be buying for the SWITCH now. This has influenced me to change several of my pre-orders for PS4 versions to SWITCH versions -and it looks like December is the only time the PS4 is getting salse from me (aside from the Spyro Trilogy in September). Same with my other consoles.

Is the SWITCH perfect? No. But it is close enough and on a strong pace to being THE console to own if you could only afford one. My only issues with the SWITCH can be corrected either by them updating the firmware or by 3rd Party accessories:
- I don't like how the menu organizes games as there is no way to Pin titles to the main screen, demos are not in a category separate and divided from full-version games, and the first spot should be (like it is with the DS and 3DS) a locked cell for whichever game cart is loaded in the console.
- Save data options (to move, upload to cloud, download from the cloud, or to delete) should be additionally accessible from options on a game title's options and there should be a choice to delete a game and its corresponding saves (especially in the case of demos).
- Themes and a selection of solid background colours would be nice (The DS and 3DS both have solid colour options available, and the 3DS has themes available)
- The ability to select between the truncated library that only shows more recently played games and the full library view.
- A right Joy-con with D-pad would be nice for those who don't want to lug around a pro controller or buy an adapter or perform the Joy-con shell mod to make it have a D-pad.
- The integrated stand/arm really should have had another opposite where it is as the device is not stable trying to play in bed. If I were to sleep on a futon on my floor, or if I had a headboard on my bed, then I'd have less need for an extra stability leg, but the device would still benefit from an additional leg. I'm left seeking a 3rd party solution.
- An on-screen corner notification pop-up that can be enabled or disabled that would pop up every time the battery drops 5%, 10%, or 25% lower (set by user) vs having to head back to the home screen to keep tabs on battery life.

In a world where console manufacturers are trying to get their systems to run games at 4K resolution, Nintendo once again pitches a curve-ball, and it seems to have worked for them. Instead of trying to be more powerful than the others, they instead went for making a gaming tablet that can really play console quality games on the go. Let me preface this review by saying that I already reviewed this product once, but decided to write another one because I only reviewed it when I only had it for a few days, with the only game I had at the time being Puyo Puyo Tetris, even though Legend of Zelda Breath of the Wild was the hot meal ticket at the time. Things have also come up during the first year alone that could make or break the console later on in its lifetime, so I thought they would be important to know.

First of all, the system itself has a pretty good design to it, and I think Nintendo made some great decisions with it. The system basically looks like your regular, everyday tablet, and unlike the Wii and Wii U, they did not add any glossy plastic to it, so in my opinion, it sure does look better. The screen is also a real beauty when playing in portable mode, which is my way to play, and that's despite the fact that it's a 720p screen, which should help with expectations since the system is running a mobile processor. Now, unlike what would've been the competitor the PlayStation Vita, the Nintendo Switch uses the most standard mediums you could think of, and those things are USB Type-C and Micro SD cards. In fact, you may even have this two thing already. While USB Type-C isn't exactly growing on trees, these cables are getting closer and closer to becoming the standard, and Micro SD cards are relatively cheap, which is good since the internal storage is only 32 GBs. Luckily, the games don't require installation unlike the PS4 and Xbox One, because the games come in cartridges. While I do like these cartridges for this reason, they do have one issue, other than the small size, and that's that they don't have that much storage, up to 32 GBs, and are likely more expensive than disks. I bring this up because a few games will require a separate download, such as NBA 2K18, WWE 2K18, L.A. Noire, and DOOM 2016 if you want multiplayer. These games will include a notice saying that it's required, except for DOOM that has the whole singleplayer on the cart itself, but hopefully, those 2 TB micro SD cards will come soon. The Switch also has a flimsy kickstand, and sometimes, it doesn't like to stay closed. Still, though, I think the Switch itself is well designed.

The dock is also a great addition. What the dock does is that when you put the Switch in it, you can then play your games on a TV, in which the Switch itself will upscale the game to a higher resolution since it's plugged into a power source other than the battery. It also has three USB ports, one of which being USB 3.0, and the back closes up for better cable management. I would say to get a screen protector, preferably glass, since the dock may scratch your Switch screen. 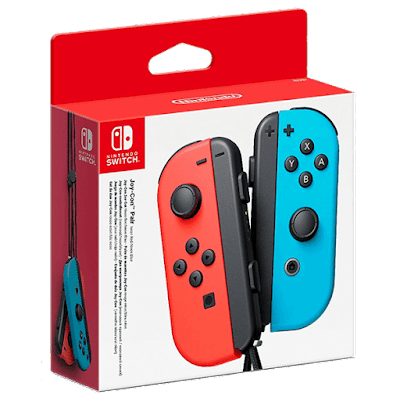 The controller(s), a.k.a. the Joy-Cons also provides some versatility to the system. They slide into place on the sides of the Switch, but with the features included, there are many ways to play. First is the basic console layout, which can be played apart or with the include "Comfort Grip." These things can be quite comfortable, especially when on the Switch or apart, but the Comfort Grip, while decent, can feel quite small due to the fact the stick is not angled like other systems. The Joy-Cons can also be a quick and easy way to play two-player games such as Rayman Legends and Snipperclips, which actually works well with its suedo-SNES layout. The Joy-Cons also include motion control. While I haven't played games that take advantage of this feature completely, such as Arms and 1-2-Switch, they can still be used for games like Legend of Zelda Breath of the Wild and Splatoon 2, and it works well. The system also has a Pro controller option, but it's a good $10 more than rival controllers. If you plan to play the Switch in console mode more than portable, though, it may not be a bad idea to get one, or maybe an alternative like J&Top's controller or 8Bitdo's SNES 30 Pro when it comes out if you're strapped for cash or cheap.

Lastly, let's look at the most important thing for a system, and that's the games, and man, Nintendo knocked it out of the park this time around, and we're not even done with its first year yet (at least when this review was posted anyway). The Switch is not only a great system for indie games, which there is a lot of, but there are also great games released such as Legend of Zelda Breath of the Wild, Sonic Mania, Splatoon 2, etc., and there are still games coming out such as DOOM, not the original but the 2016 version, L.A. Noire, Wolfenstein 2, and Xenoblade Chronicles 2. The main problem would be that the selection will just drain your wallet dry, there's just so much available out right now. They also barely have any drawbacks compared to other systems. For example, games like DOOM and Sonic Forces run at 30 FPS, while other's just have lower resolutions. The only completely gimped games I think of are FIFA, which is specifically made for Switch but keeps out a few modes in other versions, and even though some people say NBA 2K18 is a decent port, I will still consider it gimped since the online-only MyCareer mode just makes the Switch version pointless. Just remember that this is basically a decently powerful tablet, so expectations should be in check, but I think the portability does give you a reason to buy the Switch version to a game.

For as long as I had my Switch, since late June, I have had a great time with my Switch. Not only does it have great games within its first year, but it's a very versatile system, and the portability factor is not only the icing on the cake but the whole cake. The system is great for fans of Nintendo and people who live busy lives and don't have time to play games.

Other than that, pretty solid device and am happy with it. How they implement future updates, what they implement in those updates, if they release a revised model of the system, will all determine if they crash this strong party they've set in motion or not. For now, though, this is just great.
on June 05, 2019