For those unfamiliar with Smash Bros: This is a fantastic game for people of all ages. You can take control of characters from many of Nintendo's iconic game franchises, such as Super Mario Bros., The Legend of Zelda, Star Fox, Metroid, Donkey Kong Country, Animal Crossing, and more, with some guests from Sega, Capcom, Square Enix, Konami, and even Namco's Pac-Man. This game is designed so you mostly play against each other, but there's nothing wrong with pairing up and facing computer opponents or real people over the internet in team battles. You already have enough controllers for two because of the two Joycons that come with the Nintendo Switch, but for a more comfortable option, there's a full pair of Joycons, the Switch Pro Controller, and the Nintendo Gamecube Controller, but you need the Gamecube Controller Adapter to use those. A Must Have for the system, whether for children or adults.

The World of Light adventure mode is fantastic. Not only is it really fun to play with the addition of a progression system with the spirits, skill tree, and unlocking more fighters, but it also quite long and will take you many hours to fully play through. I actually quite enjoyed the spirit system and the many different spirit fights seem diverse enough that it doesn't really start to bore me. Maybe the only problem is the varied difficulty of fights. Most fights are insanely easy after you have a decent full levelled spirit, even on the highest difficulty, but you can always purposefully handicap yourself by using a weaker spirit if that's your thing. But also some of the fights were so insanely difficult and unfair that switching down to "easy" mode still made the fight take me 30 minutes of replaying to beat (and I'm pretty decent at the game). Honestly, it wasn't even a downside for me I enjoyed the challenge and it wasn't a necessary fight for progress.
Huge character pool this time around. "Everyone is here!" Not an exaggeration over 80 characters will be on the roster after DLC and counting Pokemon trainer as multiple fighters. Obviously, some of those are just slightly different echo fighters, but the diversity is still great. Just quick unlocking characters by restarting, unlocking, and restarting again took a long time. All the characters look great and feel great to play and play vs, though I haven't been able to use all of the extensively yet.
I'm not a pro player by any stretch, but the fighting mechanics feel fluid and the engine seems well polished. I love that the heavy characters have been buffed by having their lag time for aerials and landing reduced. I like them making perfect shield harder/different as it will give pros something to develop skill wise as well. Hopefully, the pro scene will be able to make something of this game as smash 4 was a bit of a let down (won't even talk about brawl).
They also made training mode better, and allow you to play the game while waiting for an online match, but many other parts of online are less than desirable.

Graphics, what was first thought a port of Smash 4 from the Wii U. Turns out it was a full sequel with various graphical improvements, smooth frame-rate and it looks great whether in handheld mode or big screen mode. While it's not the prettiest game in the world graphical speaking it still utilizes the power of the switch perfectly.

Gameplay, I don’t like fighting games they’re not a genre I got into. That being said Smash 5 has fun and addicting gameplay that you can sink hours to. As someone who is rather indifferent to fighting games, this is high praise. If I can describe it. It’s easy to learn hard to master. Whether causal or looking to be competitive Smash is definitely the game to play.

Unlocks, a thing that was common in the past returns in its full glory in Smash 5. As someone who remembers unlocking stuff before it became DLC and sold smash utilizes unlocking it’s an amazing roster of 76 Characters in the Smash Bros. Ultimate Roster (74 if you count Pokemon Trainer as one character): 69 different unique fighters, 7 Echo Fighters. It has a Season Pass that will include 5 more fighters, with Joker from Persona 5 being the first character after that was revealed I bought the Fighter Pass. Even without the pass you still get a lot of content in the base game it must be praised that it’s all earned through playing the game. I remember when fighting games back in the PS2 used to do this all the time and it just vanished replaced by monetization. I cannot praise this enough.

Multiplayer, whether it’s online which we will get to later or local smash is a fun multiplayer game. While everything is fun with friend Smash invokes a childlike wonder that few games can get out of me while I did grow up with the series with melee most games sequels lose that magic that made them special but not Smash Ultimate truly a timeless game series for everyone to enjoy both old and new.

Music, only mentions music when it grabs my attention and Smash’s orchestral battle theme does just that. Plus various tracks and remixes from other Nintendo games. We get one hell of a soundtrack and score to accompany the game.

Online mode is kind of taking a back seat here. I was really hoping we would be getting a more fine-tuned and more competition oriented online mode but got the opposite. They made the online mode a for fun system, which I understand is the direction Sakurai wants to take with the game, but I just don't understand why they couldn't have given their competitive community a bone here. Online matchmaking no longer has a For Glory mode. There is simply casual mode with a matchmaking system that puts you up against someone near your skill level based on an Elo system on a per fighter basis. It also matches you with some with a game rule similar to your own, but not exact.... this has made me go into what I thought was a 1v1 no items match into an assist trophy free for all nightmare. This is also going to continue to create debates as to what the "official" competitive rule set will be for 1v1 online play. 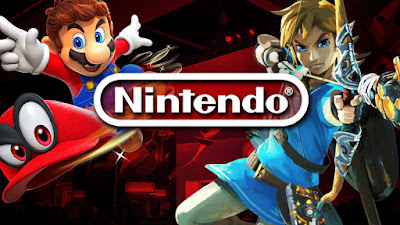 Overall the game is a great experience and was definitely worth the purchase and worth the wait. Tons of replayability and fun for all levels of players.As 2018 wrapped up as a weird year full of great games and disappointments. We got one last big game before the end of the 2019 year and that comes with Nintendo’s Super Smash Ultimate. Where everyone joins the battlefield as Nintendo characters and guest characters duke it out. I was always a causal smash fan since I was a child. Playing Melee and 64 playing the Wii U version at a friends house. I picked up the latest smash game without hesitation owning a switch and it is the biggest game Nintendo released this year. Probably the biggest game of 2018. Is smash a smash? Or is it more of a crash? Let’s find out.

Online, more of a Nintendo problem than a smashing one but still bad nonetheless is the Online structure for the switch is dreadful. Sure it comes a long way from the Wii days but it’s still not good. Also, Nintendo is now charging for online while they’re the cheapest option in the market they’re still the most awful. Matchmaking is sluggish, netcode is sloppy, and it just a hassle it’s easier to track down your friends in real life and put them in one room than play online. Which I prefer the local over online but still this doesn’t excuse the poor online given the fact that Nintendo can make successful online live service games like Splatoon 2.

Meta, Bayonetta on launch day is more then enough said. But to elaborate if you play this game competitively than they’re only certain viable fighters. Most will play this casually so it’s not a big deal but the meta changes are all subject to change and it can either more the most balanced smash to date or the most broken. Only time will tell and for now the metas this ain’t it chief.

Super Smash Bros. Ultimate has many characters to choose


A fighting game like this with all 70 characters to choose from make a game so Exciting. But who knows if this is the last Super Smash Bros game? Who knows if another one is on the way? Apparently, there were other fighting games that came about compared to SSMB but they didn't succeed to be better than SSMB. If this turns out to be the last one I guaranteed that there will be remake if necessary. I still have the SSMB for the 3DS and Wii U but no need for me play them anymore. I couldn't even play the one my Wii U anymore after I had to delete to make room for extra memory. When I tried to reinstall it to play it again an Update was due but I didn't have enough memory so I never able to play it again. I was lucky that I still had on my 3DS. But now this has arrived I'll never get rid of it ever. Then again who knows if this is the last Super Smash Bros game? 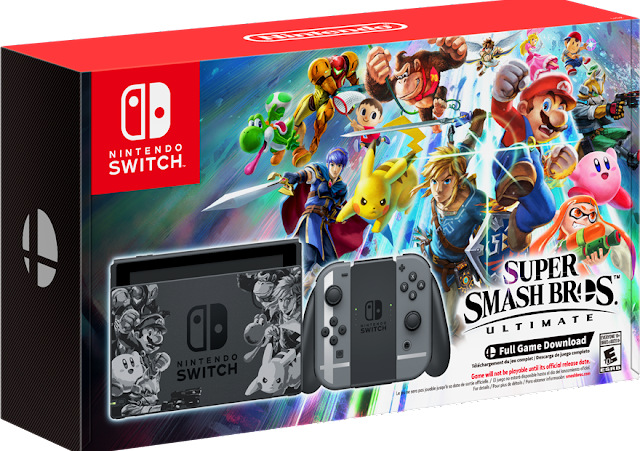 This game has the most stages and characters in smash bros. history. A downside is the small number of new stages. For single player content, we have a world of light which can give people dozens of hours of fun and classic mode which is the best it's ever been. For multiplayer, there are welcome new additions like stage morph and the FS meter which makes it more accessible to new customers. And this is a huge video game crossover with so many iconic video game characters and franchises represented here. The music library is the best smash has ever had with easier ways to your favourites and a huge pool of classic and modern video game tunes. Graphically this game looks much better than smash for Wii u. A consequence of that is that it is easier to lose track of your character. More things that were disappointing is the race to the finish in classic mode and missing several classic modes like breaking the targets and home run contest. World of light can also be repetitious at times. But overall this is the best smash bros. game with the most content and is the easiest for newcomers to get into. I'm sure the competitive scene will be looked into maybe even more than smash 4 maybe even bigger since this is faster than that game. I would recommend this game to anyone who has a switch or are into Nintendo or fighting games.

Super Smash Bros. Ultimate is for any player, casual or pro

For Non-Casuals: Fantastic. This game feels incredible. There are a certain swiftness and power in this game that I didn't feel in Smash 4. First of all. Look at the UI. It is streamlined and kind of gives off that competitive feel. Characters KO faster and most, if not all characters that I know of, have kill-confirms, so you have a certified option to defeat your opponent. Online is on the weak side. For me, an ethernet adapter made a difference, but if your opponent has a bad connection, you will. Hopefully, Nintendo will improve the game's net code. Just get it.
on June 05, 2019