Hansa Rostock has given the well-last step to the league in the 2nd football Bundesliga. The Rostockers came in the first game after the death of club legend Joachim streich despite leadership only to a 1: 1 (1: 0) against Jahn Regensburg and stayed on table rank twelve. The class preservation is to take the climber in nine counters lead to the relegation rank but only theoretically. 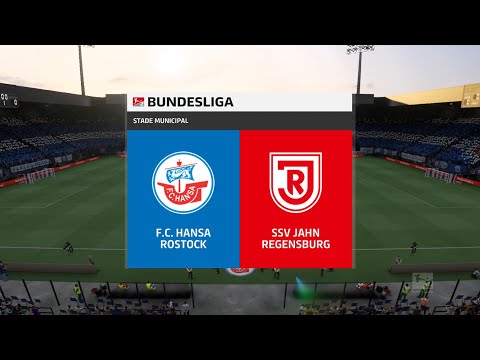 Routinian John Verhoek (44th) brought the team of coach Jens Härtel in the lead, but Niklas Shipnoski (59th) prevented the fifth Rostock victory in the last six games. Regensburg jumped in rank nine and has nothing left to do with the descent fight. Rostock Danylo Sika saw the red card (90. + 3) still the red card.

Following a swimming wine for GDR record scorer, who began his professional career in Rostock, the hosts were the more active team. Hanno Behrens (4th) and Ryan Malone (6th) missed the early leadership, Behäek made it better shortly before the break from a few meters better.

The Regensburgs were dangerous after the second exchange and rewarded with the compensation. The guests tore the game events in the episode, Andreas Albers (71th) hit only the post.

Labels: step to the league