"He knows what he has at FC Augsburg - we know what we have about Markus Weinzierl." - A few weeks ago, Augsburg's managing director Sport Stefan Reuter looked optimistically regarding a further term of the coach who had only returned to the association.

That Weinzierl has reached the relegation in the Bundesliga with FC Augsburg in his first term (2012 to 2016) - and the Fuggerstädter in the meantime even led to the Europa League.

The relegation is also available this season, which the Augsburgers have completed with 38 points - even for a few weeks. The contract extension Weinzierl, which, according to his commitments at FC Schalke 04 (2016 to 2017) and VfB Stuttgart (2018 to 2019), has been on the sidelines at the FCA since April 2021, only seemed to be a matter of form. 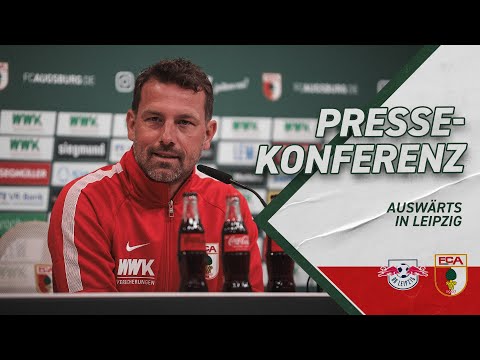 "It's the right decision"

But after the 2-1 win against Fürth on this 34th and last matchday, Weinzierl even left the cat out of the bag. "It is the right decision not to have any talks anymore. I waited for my players on the center circle because I told them that it was my last game," said the 47-year-old, who only made this decision the day before have.

As a result, the club management about Reuter was not yet informed and only learned about the interview with the broadcasting TV station "Sky" from the farewell of Weinzierl. "If there has been no conversation on the last match day, that's a clear sign. That's why he has it in writing - or hear it," Weinzierl became clear in the direction of Reuter. Is there a broken relationship with Reuter? The outgoing trainer could not say that: "We didn't talk to each other."

"There was no satisfaction"

However, the coach simply lacks a continuation of the engagement at his heart association "Die Base". Weinzierl is "of the opinion that we could have written the same success story as in my first time when we reached the Europa League".

The team that the club had "held the league again, but there was no satisfaction," said the trainer concerned. "It was also a sign for me," Weinzierl let you look deeply into his decision -making - and also made no secret of it that he would have liked to stay: "It was not so planned. My heart hurts too."